A delightful look into Grace Kelly’s life, starting from her childhood through to her death and the legacy she left behind. In60Learning‘s book provides an interesting, simplistic and efficient read on the young woman’s life.

Grace Kelly is hailed as a philanthropic princess of Monaco and a successful American actress. Her legacy lives on and is captured within her films, selfless acts for her family and her two countries which is beautifully written within this biography.

A few things I have noted, is the usage of quotes from Grace Kelly at the start of each chapter. Direct quotes I believe provides an emotional insight to the character of the person at that point in time. Black and coloured imagery was also used, almost one in each chapter, unfortunately quite small to see much detail. Bullet points to list and emphasise efficient reading. Not only does the biography delve into Grace Kelly’s life, but also spotlights into her family’s history. I enjoyed the read and if you, like me, read on the go and would like to know the main facts, I’d give this book on Grace Kelly’s life a go!

To check out the other interesting reads from the LearningList sign up here! 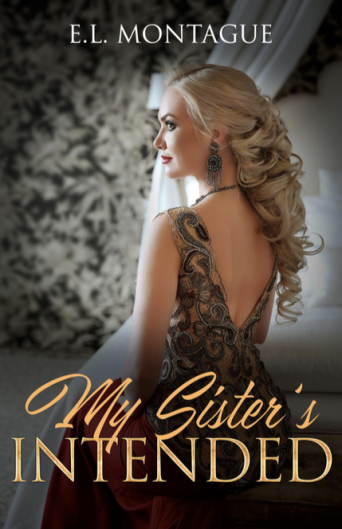 Classic romance, between two people who coincidently and hopelessly start falling for each other. Unfortunately the other is promised to another.

James a handsome and sought-after bachelor isn’t interested in petty and vain women, he is looking for the one. He is arranged to marry to a woman he isn’t in love with. He is in love with another…

I enjoyed the read, it was light and the plot was quick to follow. It started off by beautifully setting up character development and romance between the two main lovers, which smoothly progressed to illustrate their societal and personal challenges.  I would have loved for the story to further expand on the characters’ problems, as I felt it would give further character insight. The characters are easily likeable and a further look into their lives, would have been amazing! It is a classic throwback to forbidden love stories, which is always exciting to read. 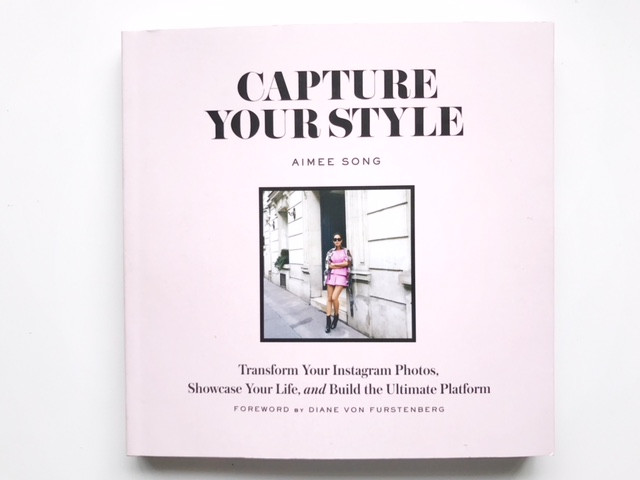 Long time no book review! To start a fresh, I had to choose this beautifully created book by Aimee Song. Filled with fashion and social forward tips, with special guidance in making the most out of Instagram. Tips on editing your photos, suitable apps and filters to go with your desired photo, props to use whilst establishing your unique voice in your online gallery. The book is filled with beautiful images that coincides with her guide, so you can better understand and see exactly how she applies it.

A simple but an inspirational gem, which I feel is great to read should you wish to refresh your Instagram gallery, professional or beginner! A reference guide which I would be coming back to over and over again.

Keep yours eyes opened on this page. I have accumulated a few textbooks throughout university, which is sitting wastefully and collecting dust. Still in great condition, mostly hard-covered.

I thought to myself, I don’t think I’ll be reading these text books again. Why not pass it over to the next knowledge seeker? 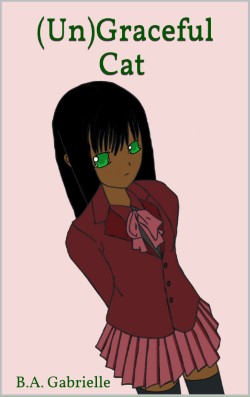 (UN)GRACEFUL CAT – B. A. Gabrielle

Elegant but clumsy and shy “princess” Amelia, finds herself amidst a forever-long battle between Spirits and Dark Fairies. Which side will she choose?

An interesting read and it also had good character development. The story at the start perfectly introduced each character, along with an overall spotlight on some of their pasts. So it was easy to gage, which characters were connected. I liked the spin of Spirits and Dark Fairies, the drama between light and dark is always an eye-catcher for me. I also liked how it was highlighted that it is maybe the other way around, the Spirits may be the bad ones here!

At the end of the novel, it was a major cliffhanger and I cannot wait to read the new chapter and what becomes of Amelia.

Kirra at only 14 years of age has a lot on her life plate. Taking care of her heart-broken drunk mother, bullied by her ‘so-called friends’ and finding her self-identity… Oddly enough, she befriends a teenage ghost in the midst of things…

I think most people can relate to this novel, if you have ever been through high-school or went through the endless stage of finding the ‘right’ friends. This novel by Megan Jacbson will take you through the eyes of Kirra, otherwise known as Yellow. It will slightly pull at your heart-strings as Kirra exposes herself in this discovery stage. It is a short read, though I would have wanted more character development, shining light perhaps on the mother and the ghost.

Forgiveness is a major theme I find within this novel. Forgivness within family, friends or even strangers. The most surprising element is the addition of a ghost. It makes you question whether she is mentally stable or if the ghost is even real? I think this character makes this story standout. 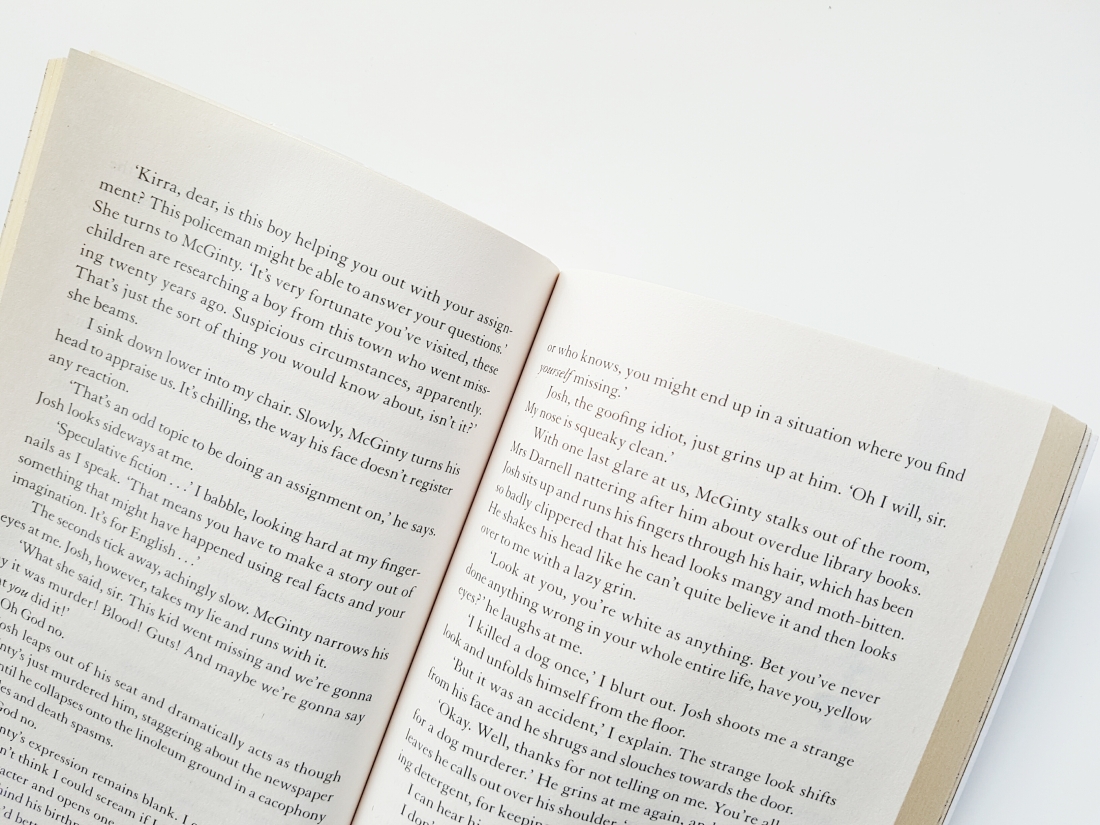 Aside from the intriguing titles of each chapter, the whole novel itself is as compelling as each turn of the page.

Elisa Mancini is a Nobody. Painfully insecure, more at a ease with books than with people, at twenty-three she’s a university dropout living at her aunt’s…

Written beautifully, readers are instantly submerged into Elisa Mancini’s personal life. It was like travelling side by side with her, seeing and feeling what she was experiencing. But, below the surface I found myself learning the complexities of love and the fine line of obsession, as well as finding one’s identity. I recommend you having a read of this novel, you will be taken on an unforgettable journey.

A book about bringing the ordinary steps of renowned creative individuals into light, and how their actions made them then extraordinary. Combining splashes of white, yellow and black, this novel is beautifully eye-catching. The content further enhances the readability, 57 bold headings are numbered with words of direction. Quotes of famous and world-changing creatives are also added, separate from the main body, which adds wise words and empowerment of encouragement and insight.

I truly recommend this book, simply unique. If you are looking for further inspiration or don’t know where to start, read Change Your Mind. 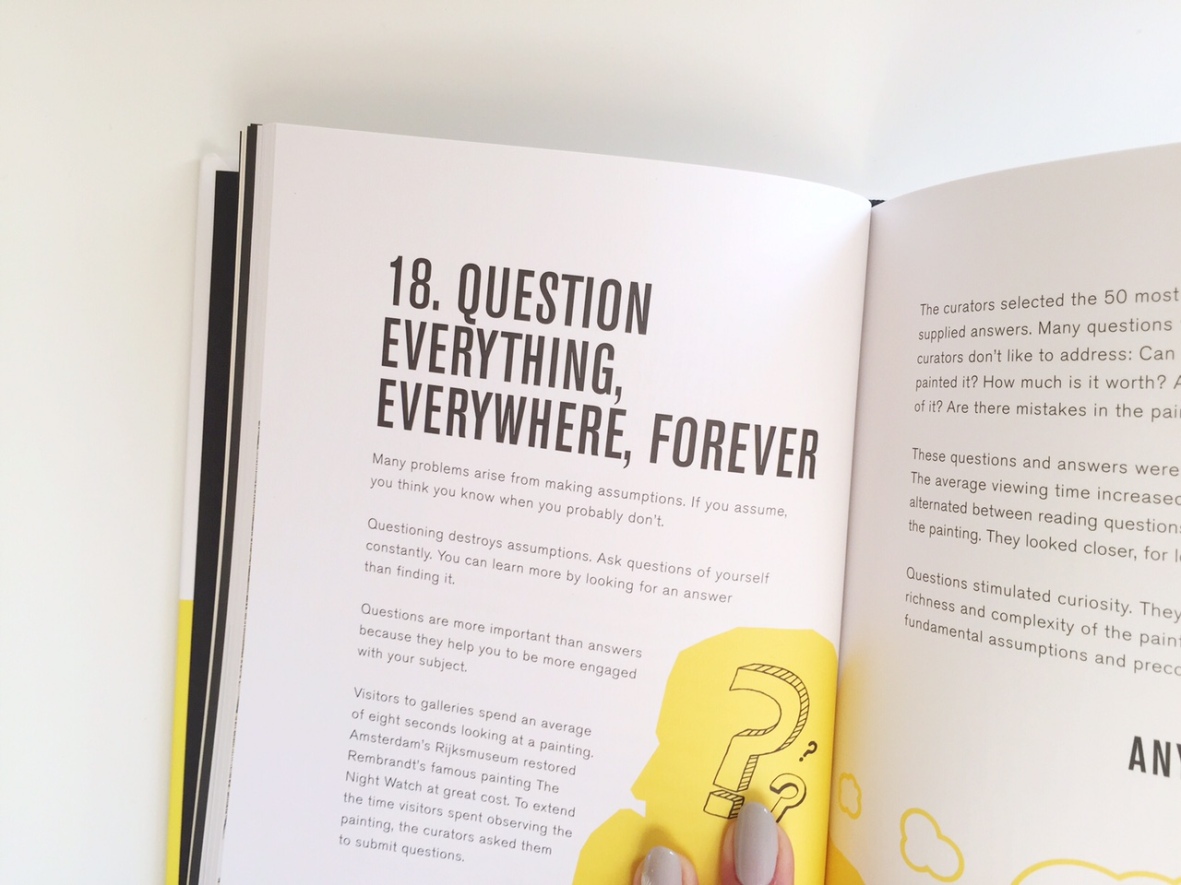 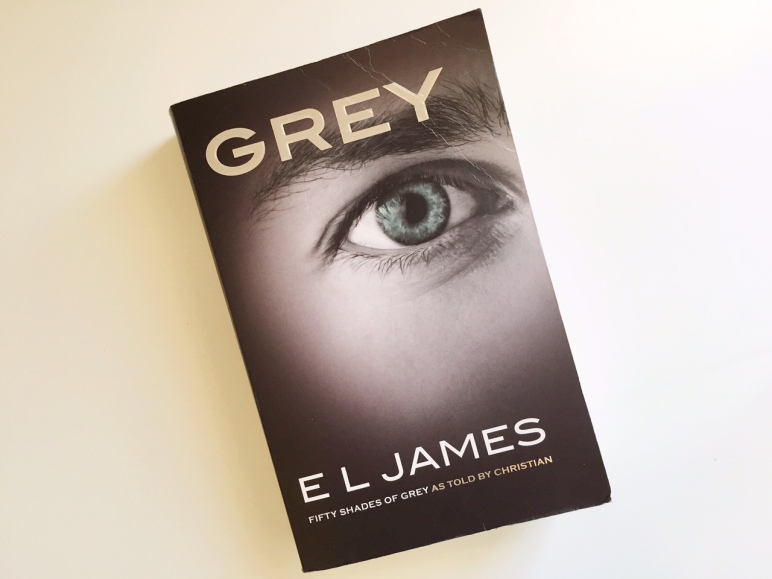 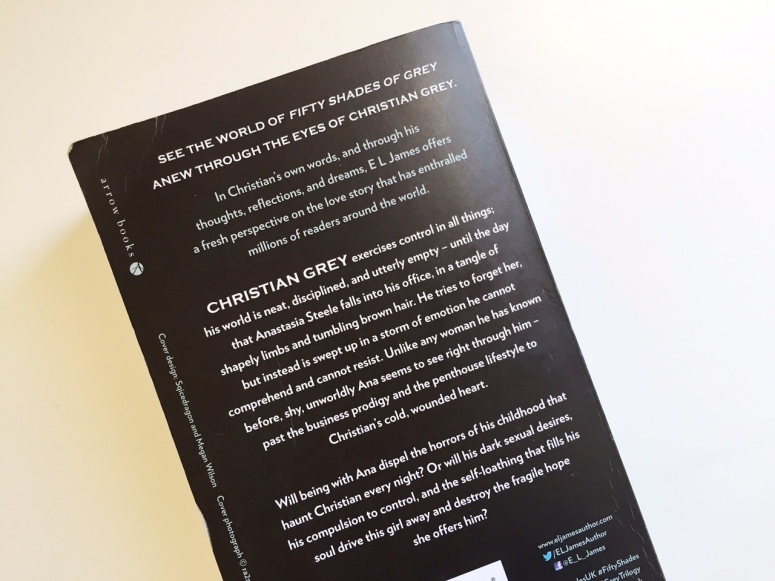 If you have read the Fifty Shades of Grey series, this novel is basically told in the perspective of Christian Grey…

Grey is not just any man, a CEO of a growing business and who loves to exert control in all aspects of his life. His discipline of control is challenged by a clumsy, shy but beautiful Anastasia Steele. With her, he faces inner emotions which “he cannot comprehend and cannot resist”.

This novel is a truly fun read, it is easy to comprehend and honestly I could not stop giggling on the train to and from work. I am surprised with Grey’s perspective, because unlike the other series I thought he had of a more “cold” look towards her and life itself. Though through this novel, I came to understand more of his character’s past and how he tries to understand his feelings towards Ana. For me, I personally like this book because of the fluency of the storyline and the quirkiness. For $8 at Target, why not?

I remember a few months ago, this novel had the biggest rave! I would  see so many pictures on the latest social platforms, how people were saying that this book was terrific! Before I give you my opinion on it, let me type down a basic over-view:

A novel about the richest of rich in Asia, specifically about Chinese-Singaporeans, who would lavish themselves with the hottest properties, exquisite lifestyles and alienate those who they see are not worthy of their presence. Basically if you’re not rich, like mega rich, you don’t make the cut. Rachel Chu an American-born Chinese, falls in love with a classically handsome and filthy rich man named Nicholas Young. It’s a modern story, of how her simplistic lifestyle collides with his royal-like family traditions.

For me, I did not entirely enjoy this novel. Mainly because it felt like it moved too slow, too predictable and just wasn’t really exciting. There was some POV where it left some characters with somewhat disappointing closures. I didn’t feel like the author created enough character building, for me to understand the character’s POV. The novel is described as “funny” and “roller-coaster” like, but I would describe it as “predictable”, “slow-paced” and tried too hard to be dramatic.

It is an easy read and if you do like immersing yourself  for a quick read, familiar with high-end products this may be for you.